The American Civil War (1861–1865), in the United States often referred to as The Civil War and sometimes called the “War between the States”, was a civil war fought over the secession of the Confederate States. Eleven southern slave states declared their secession from the United States and formed the Confederate States of America (“the Confederacy”); the other 25 states supported the federal government (“the Union”). After four years of warfare, mostly within the Southern states, the Confederacy surrendered and slavery was abolished everywhere in the nation. Issues that led to war were partially resolved in the Reconstruction Era that followed, though others remained unresolved.

The Peninsula Campaign (also known as the Peninsular Campaign) of the American Civil War was a major Union operation launched in southeastern Virginia from March through July 1862, the first large-scale offensive in the Eastern Theater. The operation, commanded by Maj. Gen. George B. McClellan, was an amphibious turning movement against the Confederate States Army in Northern Virginia, intended to capture the Confederate capital of Richmond. McClellan was initially successful against the equally cautious General Joseph E. Johnston, but the emergence of the aggressive General Robert E. Lee turned the subsequent Seven Days Battles into a humiliating Union defeat.

Following his success against McClellan on the Peninsula, Lee initiated two campaigns that can be considered one almost continuous offensive operation: defeating the second army that threatened Richmond and then continuing north on an invasion of Maryland. 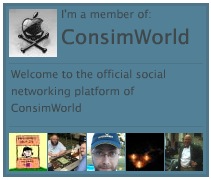