AGEOD stands for AGE Online Distribution, and it is a French venture formed in 2005 by 2 good friends but also remarkable characters of the gaming industry. Philippe THIBAUT was the brain behind blockbusters like Europa Universalis and Pax Romana. And Philippe MALACHER is the creator of a 3D engine called AGE, now probably outdated and obsolete, compared to products like Unity3D.

Anyway, this looks like a fertile union if to consider the vast catalogue these gentlemen have produced, out of their office in the French Alps, near Grenoble! To be fully honest, we haven’t tried out any of them yet, as we are just discovering the studio, but there are certainly appealing titles, such as Pride of Nations (Colonial Era in 19th century) or Revolution Under Siege (Russian Civil War 1917-23).

The company has been a joint venture with Paradox for some time, maybe a couple of years, trading as Paradox France, but it seems  they have just bought back their independence this August 2012, or have been kicked out from the mammoth organisation.

The next big release is “Alea Jacta Est“, an ambitious simulation covering various conflicts of the Roman Era. Serious competition to Rome Total War 2 (2013) ? You never know, wait and see! The game is available for preorder, and if you’re looking for your 15 minutes of glory, you can select the Praetor or Proconsul editions, in which you can have so extra goodies and your name included in the product and in credits, nice trick guys! We’ll keep a caring eye on you from now on. 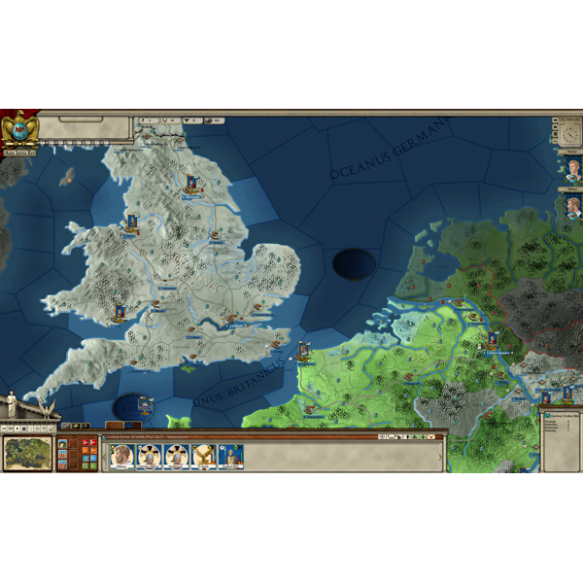 1 thought on “European Indies: AGEOD is back!”